An underwater museum with statues inspired by the myth of the Argonauts and the legendary Centaurs, is to be created in Volos, on the east-central coast of Greece.

This is an ambitious plan to create an artificial reef in Volos’s Pagasitikos Gulf, which will consist of sculptures of legendary heroes of ancient Greek myths associated with the land of Thessaly - Jason, the Argonauts and the Centaurs- with the aim of drawing attention to local attractions.

Jason, most of the Argonauts, and the Centaurs are said to be from the area.

The concept is to give the opportunity to someone who dives at the reef to have the feeling that this is, literally, a dive in the mythology. 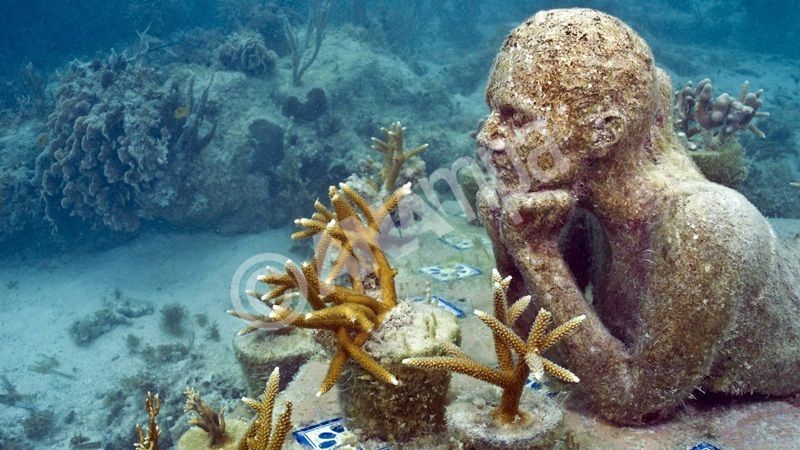 The initiator of the ambitious project is the Department of Ichthyology and aquatic environment of the University of Thessaly, which will begin a research project under the name Project ART.Reef.

“I have had this idea for many years. In particular, I have been thinking of it since I saw a submarine museum with sculptures by an artist in Mexico. It was something exciting and I thought that this could also happen in Greece,” the project’s coordinator Alexios Lolas said to the Athens News Agency.

The aim of the project is to look into the possibility of using such reefs for Ecosystem Management plans and the restoration of the marine environment, but at the same time, as an exciting diving attraction too.

Besides the fact that this museum will be the first underwater sculpture museum in the European territory, the project may be the first in the world to be funded entirely by voluntary donations via crowd sourcing. For this purpose, a bank account has been opened, along with an online campaign to promote the idea abroad.