Philanthropy to be sustainable?.. could be, by the tycoons for #Greece 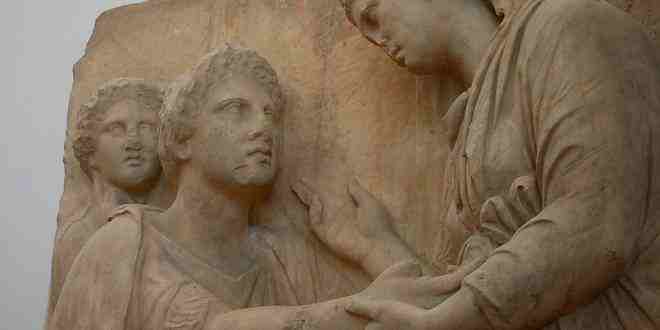 A totally Ancient Greek origin of Philanthropy , for the love and care of humans

By its Ancient Greek view and definition, philanthropy is the "love of what it is to be human", the essential nature, according to Ancient Greeks, and purpose of humanity, culture and civilization The Greeks adopted the "love of humanity" as an educational ideal, whose goal was excellence —the fullest self-development, of body, mind, and spirit, which is the essence of liberal education.

The Platonic Academy's philosophical dictionary defined Philanthropia as: "A state of well-educated habits stemming from love of humanity. A state of being productive of benefit to humans."

Just as Prometheus’ human-empowering gifts rebelled against the tyranny of Zeus, philanthropia was also associated with freedom and democracy. Both Socrates and the laws of Athens were described as "philanthropic and democratic".

On the later ages, when the total economic collapse attending the Fall of Rome and leading to the Dark Ages dissolved Classical civilization, the Roman Catholic Church's monastic infrastructures let gradually a non-religious agricultural infrastructure to emerge which was in turn organized for law and order by feudalism.

For a thousand years the Philanthropia meaning of Classical humanism hibernated in forgotten manuscripts of monastic libraries. 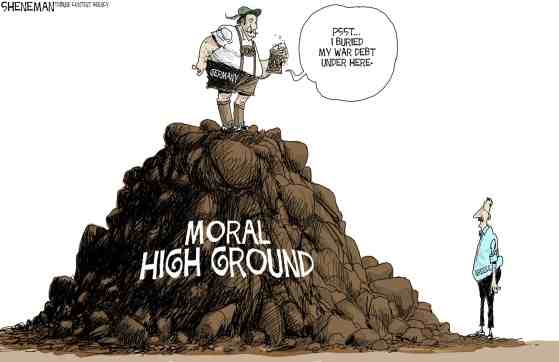 It is exactly the kind of European hibernation, any expression of humanitarianism towards the whole society Greece today experiences, in the name of the law and order of European federalism.

For half a year and more Alexis Tsipras struggled to persuade Greece's Euro-leaders that Greece is facing a disastrous humanitarian drama , day to day, in every corner of this country, and for a huge percentage, in every household .

The law and order of today's Germany- leaded Europe has not erased any kind of love or care to the human beings called Greeks , in the name of Euros that had no other way to be collected  for the lenders than more taxes and more harsh punishment for the poor.

There have been only some rare Philanthropy initiatives, and also the Church's actions, that have managed to show true care to the most financially vulnerable classes till now, during all these austerity years, in a drama social explosion with no end .

But could this be sustainable?

Philantropy should be brave and sustainable , by the tycoons

Such a Conference was organized in Athens recently , the 4th SNF International Conference on Philanthropy, focusing on the issue of “Philanthropy and Sustainability”, by the Stavros Niarchos Foundation, which has supported between 2012 and 2015 with a 100 million euro grant program the areas of Social Welfare and Health, Education and Culture in Greece against the Greek Crisis, by ensuring the sustainability of hundreds of Greek organizations, whose actions provide multiple benefits to the Greek society.

On the opening of the International Conference which took place in late June in Athens, the the Co-President of the Board of Directors of the Stavros Niarchos Foundation, Mr. Andreas Dracopoulos, announced the Foundation's decision to proceed with yet another emergency grant program totaling another €100 million, which aims to provide additional support for all those who have been affected the most by the extended socioeconomic crisis in Greece. 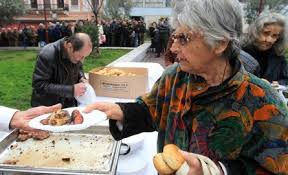 “The positive impact of this first Initiative, in conjunction with the devastating consequences for society which are still generated by the crisis, mobilize us into intensifying our actions in this direction and to support, with an extra €100 million, more organizations and, through them, more of our fellow men and women. Only if we join forces and move forward collectively will we manage to come out of these challenging times strong.” , Andreas Dracopolos said .

"The first step was made..." Andreas Dracopoulos explained, unfolding the sustainability concept of the Foundation's huge grants' support ,

"in a major effort that was started by the Foundation in 2012, with a dual purpose: on the one hand, to contribute to the immediate relief of our fellow men and women from the effects of the crisis and, on the other hand, to create those necessary conditions which will ensure long-term benefits for the entire Greek society” 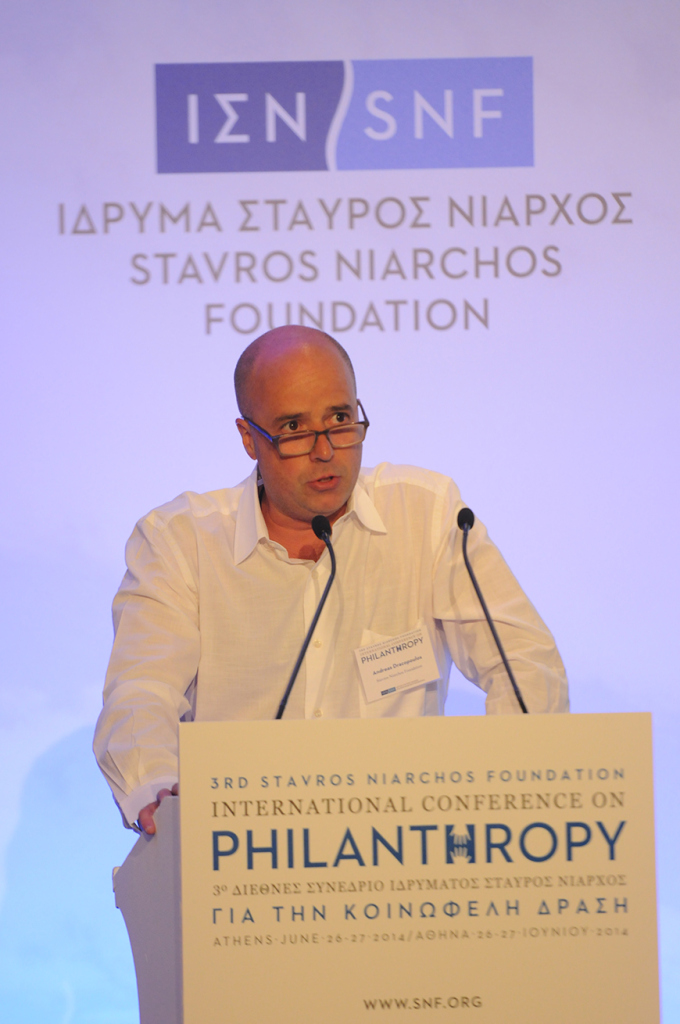 Andreas Dracopoulos talked openly to the Time Magazine recently saying he is upset with the Greek shipowners class. He said its time for the Greek tycoons to start pulling their weight.

As the heir of the greatest shipping fortunes in modern history, wrote Time, Andreas Dracopoulos has been among the only members of this secretive caste to speak up about its failure to help Greece through its financial crisis.

“I’m very upset with this class of people,They don’t do philanthropy, they don’t pay taxes, and they don’t start businesses"

“We are the taxi drivers of the world economy,” Nikos Vernicos stated talking to Time, "boasting", the article wrote for the Chamber’s President and the prominent Greek ship owner.

Amid the crisis, Vernicos is claiming that "rich Greeks have been giving back to their communities in quiet ways", staying true to a long tradition of avoiding conspicuous displays of wealth, especially at times of growing poverty. “When the Greek people are suffering, I cannot go to my island with an expensive car,” says Vernicos, whose family’s shipping empire was founded in the mid-19th century by his ancestor, Emmanuel Vernicos. “My heart is blue,” he continues. “I cannot go out in the night and break plates like I was doing when I was your age.”

But blue as his heart may be, Vernicos says it would be unwise for the government to antagonize ship owners by dramatically raising their taxes, the Time article underlined 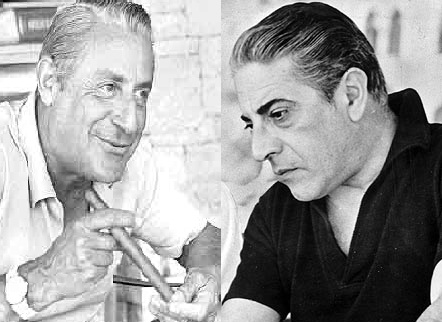 the making a foturne Onassis -Niarchos Age, and tax exemption on shipping  since then

Today the shipping industry in Greecehas a tax burden of about 3%, while other industries pay an average of 23-29% in taxes. It’s written into the constitution: "no taxes on shipping.”

The Greek merchant fleet is also the largest in the world, comprising nearly a quarter of all the bulk carrier ships globally, and according to the Greek chapter of the International Chamber of Commerce, Greek-owned ships carry about one sixth of all the seaborne cargo in the world, a figure that easily makes not only Nikos Vernicos, but also most of the Greek ship owners boast as "taxi drivers of world's economy .

But the the extra protected, still constitutional today, tax exemption of Greek shipping, was instated to lure Greek shipping fortunes and their patriarchs like Aristotele Onassis and Stavros Niarchos back home to Greece from their tax havens, which where by then, places like Monaco.

“That’s when Onassis and my uncle came back” and began investing heavily in Greece, building oil refineries, shipyards and other infrastructure, said in his interview to Time Andreas Dracopoulos who along with his two cousins inherited much of the Niarchos shipping fortune after Stavros Niarchos died in 1996.

“It was a different law for different circumstances. It was done so you could bring money in, because Greece needed investments.

But I believe this law has been abused,” Dracopouos emphasized

Watch the golden  tycoons days by this video of Aristotele Onassis myth . Back in 1947, the three ship owners, Onassis, Livanos and Niarchos, formed the most powerful shipping group in the world.. By our The Greece we love collection in You Tube

Categories: Greek to You in Greece , Empathy, Greek Social Animal