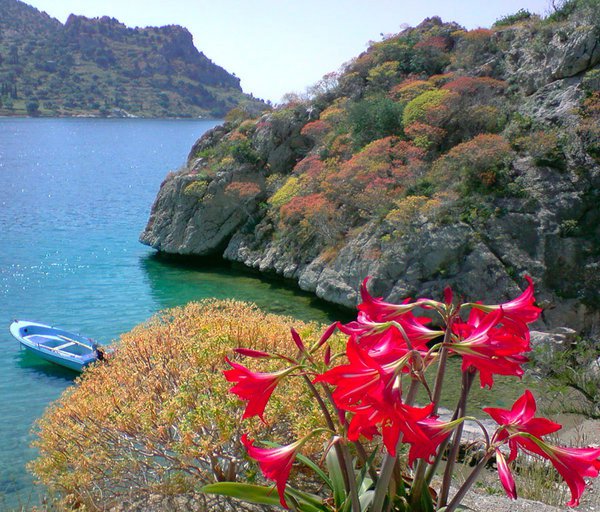 A severe gastroenteritis outbreak in Viotia region of Greece, after a mass gathering and dinner in a local tavern, has lead to one death so far and some dozens of hospitalizations and set on Emergency the Greek Centers o f Disease Control that is conducting on the spot outbreak investigation . It is said that the mass food poisoning which has shocked the local community is due to salmonella, but the CDC of Greece, has not yet officially announced the laboratory results .

It is such a coincidence, however,  that a mysterious,  new Salmonela enterica type, not ever identified scientifically again, has been confirmed to have caused a two months outbreak throughout Greece, and the case has just spiked an  urgent inquiry (UI) via the ECDC’s Epidemic Intelligence Information System (EPIS) and an alarming notification to the WHO . Even though the new worrying and internationally uknown Salmonella epidemic was identified by the National Reference Laboratory for Salmonella and Shigella (NRLSS) in Greece. which is part of the Greek CDC the organisation has made no announcement of  potential relation of this epidemic to the Viotia outbreak that already counts one death .

In Viotia , the gastroenteritis outbreak occurred on June 18, affecting 45 persons so far with severe symptoms, of which one lost his life,  25 required hospitalization and one , who happened to be the dentist of the village, required Emergency room, but is now in good health .

15 of the patients recovered after being hospitalized and returned home within the first 48 hours, but nine are still in hospital with severe symptoms , but good prognosis, according to the doctors of the local hospital . All of the patients are Greek and most of them adults , though , some children who are now in good health, were among those who fell ill. They l had dined all together in the same restaurant in Viotia, invited on a family celebration for a local villager’s newborn’s Baptism party. But ironically, and while one by one villagers were starting to show symptoms, and being transferred to the hospital, some other people ate the day after at the same place, and fell ill also .

According to local website lamiareport.gr, a 55-year-old man died in the hospital while two others are in intensive care. The 23-year-old son of the man was transferred to an Athens hospital for treatment, while another guest is in intensive care at a Lamia hospital., arfblog writes

The Greek Center of Disease Control ( Hellenic Center of Disease Control , HCDCP/KEELPNO) announced that outbreak investigation is conducted through the Foodborne Disease Office of the Center and in collaboration with the local Public Health authorities, the Public Health Department of the Regional Unity of Viotia Region, and the National Reference Center for Salmonella-Shigella of Greece .

The Epidemiological investigation includes fieldwork research on place , by the specialized scientific team of the Greek CDC, KEELPNO, laboratory examination of the patients’ samples  and analysis, and epidemiological surveillance.

The scientists arrived in the region of Viotia on Thursday the Greek CDC press release said.

Research and laboratory testing includes the  patients’ samples that have been hospitalized so far, and special investigation is conducted for the 57 years old man’s death who was among the patients .

The Greek CDC, (HCDCP/ KE.EL.P.NO) reminds to restaurant owners and personnel, as well as any food industry unit of Greece responsible for handling, transporting, or serving food, but also to the public, concerning all households , that in view of the high temperatures expected in Greece throughout the summer months, , that food sanitation and basic hygiene rules should be kept for the protection of the public and personal health safety.

It is not the first time in Greece that a gastroenteritis influx occurred during the summer period , but still , the numbers of such incidents  were in the previous years restricted. It is the first time,  gastorenteritis outbreaks on this time of the year are spread throughout the country

In the tourism industry there has been,  a stomach flu epidemic two years before in a five star hotel in the island of Rhodes.  Greek CDC had by then ( 2014, August) diagnosed that norovirus was the cause  , by no fatalities, even though the number of tourist that had been sickened were hundreds . 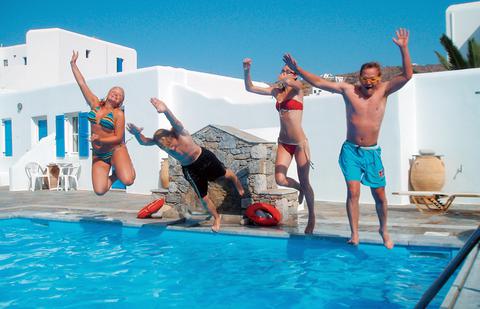 The Greek CDC systematically and continuously informs especially in summer, the tourist industry personnel and the hoteliers, by reminding the proper food safety and accommodation hygiene guidelines .

It is our responsibility to keep Travelers to Greece 24/7 Informed, as to nothing be let in chance to spoil your dream vacation in Greece

Visit our Special Pages, on Greek2m.org

Stay connected 24/7, by greek2m on hand to keep yourself healthy , safe and informed while you are in Greece

In case of Emergency , find all the Alert Links to get help as soon as possible

Report an Emergency if that is needed through Greek to me , or call the Greek CDC operation Center 24/7