The gifts of the Magi, the wise men to the Newborn Jesus are intact and safeguarded in a monastery in Greece. During this Christmas the priceless gifts have been displayed from the Monastery of St. Paul, one of twenty monasteries on the Mount Athos peninsula to St. Tito Church in Heraklion Crete for public praying

Matthew 2:1, 11 shows that the young child Jesus was already in a house by the time the wise men visited and offered their gifts.

“Now after Jesus was born in Bethlehem of Judea in the days of Herod the king, behold, wise men from the East came to Jerusalem. … And when they had come into the house, they saw the young Child with Mary His mother, and fell down and worshiped Him. And when they had opened their treasures, they presented gifts to Him: gold, frankincense, and myrrh.”

The gifts are gold pieces with the original frankincense and myrrh beads sown on to them.

The gold is in the form of 28 pieces of carefully engraved coins of different shapes. Each coin has a different design of different and complex artistry. The gold is in 28 square and triangular plates bearing the finest ornament and measuring 5 by 7 centimeters.

The frankincense and myrrh take the form of mixtures in the form of  roughly spherical beads the size of a small olive numbering 70.

According to History n the first century Mary gave them to the Jerusalem Church.

They were located there until the year 400. Later, the Byzantine Emperor Arcardius translated them to Constantinople and placed them in the Hagia Sophia church. In 1453, Constantinople fell. In 1470 the daughter of the Serbian ruler George Brankovich, Maria (Maro), who was the widow of the Turkish sultan Murat (Murada) II (1404–1451), gave the Gifts of the Magi to the Monastery of St. Paul, which was Serbian until 1744. Despite the fact that she was the wife of a sultan she did not accept Islam and remained a Christian until the end of her life.

Athos monks believe that the Gifts of The Three Kings have healing power, thus testifying to the Christ's coming to this world.

"'Adoration of the Magi,' one scene in a fresco cycle, painted by the Florentine master Giotto di Bondone. The cycle decorates the interior of the Scrovegnichapel in Padua and was probably begun in 1303. Halley's Comet appeared in 1301 and served as a model for Giotto's 'Star of Bethlehem'. ESA named its mission to Halley's Comet 'Giotto' in recognition of the fact that Giotto di Bondone made the first 'scientific' drawing of the comet recorded in history."

In addition to the honor and status implied by the value of the gifts of the magi, scholars think that these three were chosen for their special spiritual symbolism about Jesus himself, writes the biblicalarchaeology.com

The gifts seem quite strange to give to a baby, but Christians believe that they had the following meanings, whychristmas.com notes for the wisemen

The Three Mage, the Wisemen

They were certainly men of great learning.

The word Magi comes from the greek word 'magos' (where the english word 'magic' comes from).

Magos itself comes from the old persian word 'Magupati'.

This was the title given to priests in a sect of the ancient persian religions such as Zoroastrianism. Today we'd called them astrologers. Back then astronomy and astrology were part of the same overall studies (and 'science') and went hand in hand with each other. The magi would have followed the patterns of the stars religiously. They would have also probably been very rich and held high esteem in their own society and by people who weren't from their country or religion.

They had seen an unusual new star in the sky, and knew that it told of the birth of a special king. No one really knows what the new star is the sky was, and there are many theories including comets, supernovas, a conjunctions of planets or something supernatural! Find out more about the star in the Star of Bethlehem page in the Christmas Customs section.

Legends are told about them and they have been given names. This is how they are often described:

The Wisemen, the baby Jesus and Herod

Herod asked the Wise Men to find Jesus and tell him where he was, not so he could go and worship him as he said, but so he could kill him! He thought that Jesus sounded like a new King that could come and take his power away.

When the Wise Men found Jesus and Mary, they would have been living in a normal house in Bethlehem, because by this time Jesus would have been aged between one and two. Then they gave their gifts to him.

The gifts are also all things that come from east of Israel in Arabia.

When the wise men were about to go to tell Herod where Jesus was, they were warned in a dream not to, so Herod could not carry out him horrible plan. 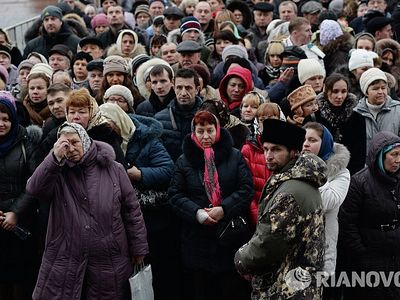 The Gifts traveled to Russia in 2014

For the first time the Gifts have left Greece's borders from the Agiou Pavlou (St. Paul's) monastery on Mount Athos/ in 2014 , for the first time since the 15th century when they travelled to Moscow and St Petroupolis. The relics had been accompanied by a delegation of the brethren led by Archimandrite Parfeny (Mourelatos), who has been living in Athos for more than 50 years.

At the Vnukovo-3 airport, the delegation was welcomed by representatives from the Moscow city government, the Russian Orthodox Church, and heads of the Fund of Saint Basil the Great, who have organized the Gift's trip to Russia. The shrine with the Gifts of the Three Kings was taken to the building of the airport, where a public prayer was served.

The relics had been displayed at Moscow's Christ the Saviour Cathedral, and later to the St. Petersburg Novodevichy nunnery and the Charity House in Minsk and at the Kiev Pechersk Lavra in Kiev .

Find this article on our updated Greek Christmas 2016 Special Page