Bogus Illnesses of Travelers to Greece to be blocked by TUI

German tour operator Tui is working with Spanish police to help with efforts to crack down on thousands of bogus illness cases by UK holidaymakers that concern travelers to Greece as well, apart from Spain and also Cyprus, Portugal,  and Bulgaria, apparently due to potential weakness of those countries' Public Health system and the fragile travelers' health protection system that provides to claims management companies the opportunity to demand huge  ammounts of compensations.The bogus illness claims by holidaymakers prompted by claims management companies in resorts, travelweekly.co.uk reported.

Claims management firms are increasingly encouraging holidaymakers o make compensation claims worth thousands against resorts. The trend is becoming so common that experts are concerned it could replicate and hurt the travel industry

According to the travewlweekly  the Thomson and First Choice parent company met with the financial crimes division of the Spanish National Police last week to discuss the issues and the actions that are being taken.The police, who were presented with detail about hundreds of cases of suspected fraud, have now delivered the results of their investigation to courts in Palma.

Holidaymakers who submitted false or exaggerated claims for food poisoning against hoteliers in Majorca during the last year can expect criminal action to be taken against them, instead of the huge compensations they claim, accordeing to the warnings of TUI,  Europe’s largest tour operator Criminal courts in Palma, Majorca are investigating claims brought by hundreds of UK holidaymakers regarding dishonest or exaggerated illness they allege was caused by tour operators or hotels, the official statement said

On the other hand, No-win-no-fee firms have won big payouts for holiday illness claims around the world. Stephen Robson, 52, was awarded a five-figure settlement from holiday firm Tui,having succesfully claimed an illness contracted at the Dreams Resort in the Dominican Republic in 2012 left him with Irritable Bowel Syndrome 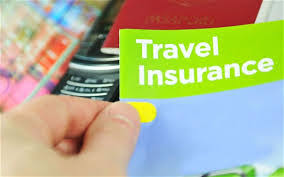 The investigation held by Tui and Spanish police has been focused on the activities of “claims farmers” who have encouraged holidaymakers to make false claims.Nevertheless, people who have brought fraudulent claims are now facing prosecution in Spain due to direct action from the courts, police and hoteliers, according to Tui.Tui UK & Ireland managing director Nick Longman noted: “We have had a very positive meeting with the Spanish police to discuss the unprecedented levels of illness claims. We fully support the steps they are taking to expose this kind of fraud and to investigate false or exaggerated cases. Through the work we are doing and the awareness we are raising of this type of activity, we’ve already seen one law firm drop more than 1,800 cases against us. We remain committed to doing all that we can to put a stop to this activity and therefore protect honest holidaymakers.”

The police action follows Foreign and Commonwealth Office warnings to holidaymakers against submitted fake illness claims in Spain together with Portugal, Greece, Turkey, Bulgaria and Cyprus.