Maria Callas, one of the world’s greatest opera divas of the twentieth century is this summer in Athens honoured in a rare exhibition titled ‘The Myth Lives On’, presented by the B & M Theocharakis Foundation.

The  exhibition , is displaying 200 personal items belonging to the star, including some never put on display before, offering a rare glimpse into her personal life until her death in 1977.

Born Maria Anna Sophie Cecilia Kalogeropoulos in New York to Greek parents, her dramatic and emotional presence on and off stage kept people in thrall; whether it was the depth of emotion in her operatic roles or her tumultuous personal life.

"It's very difficult to even realize what her private life exactly was," said Fotis Papathanasiou, general manager of the Theocharakis Foundation hosting the exhibition in central Athens. The items belong to a private collector.

"What you see is the person, and this person bore this mark of tragedist in every aspect of her life, she was a complete artist in every day of her life and in each hour of her life." 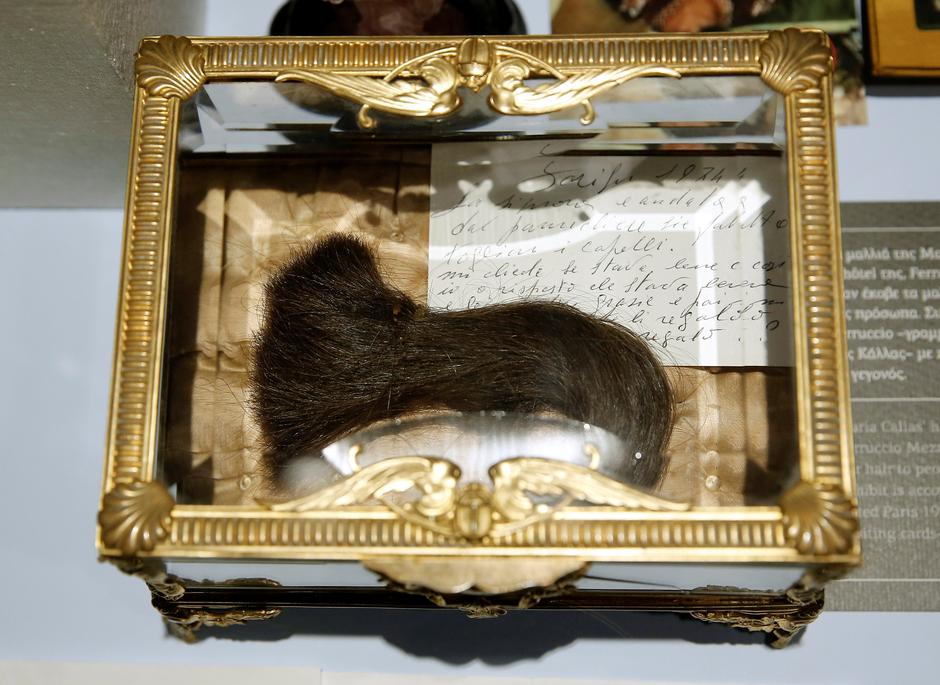 A lock of Callas’ hair, which she gave to her butler Ferruccio Mezzadri is seen at “Maria Callas:Τhe myth lives on” exhibition in Athens, Greece, May 31, 2017. Picture taken May 31, 2017.Costas Baltas

The exhibits range from a diamond-encrusted Bulgari clutch bag to a Gucci bag given to her as a gift from Princess Grace of Monacco. But it is memorabilia from her explosive love affair with shipping tycoon Aristotle Onassis which dominate.

Their affair was initially kept secret as they were both married. But once they were both free to marry, Callas was dealt a painful and shocking blow when Onassis decided to marry Jacqueline Kennedy, widow of John F. Kennedy, instead of her. 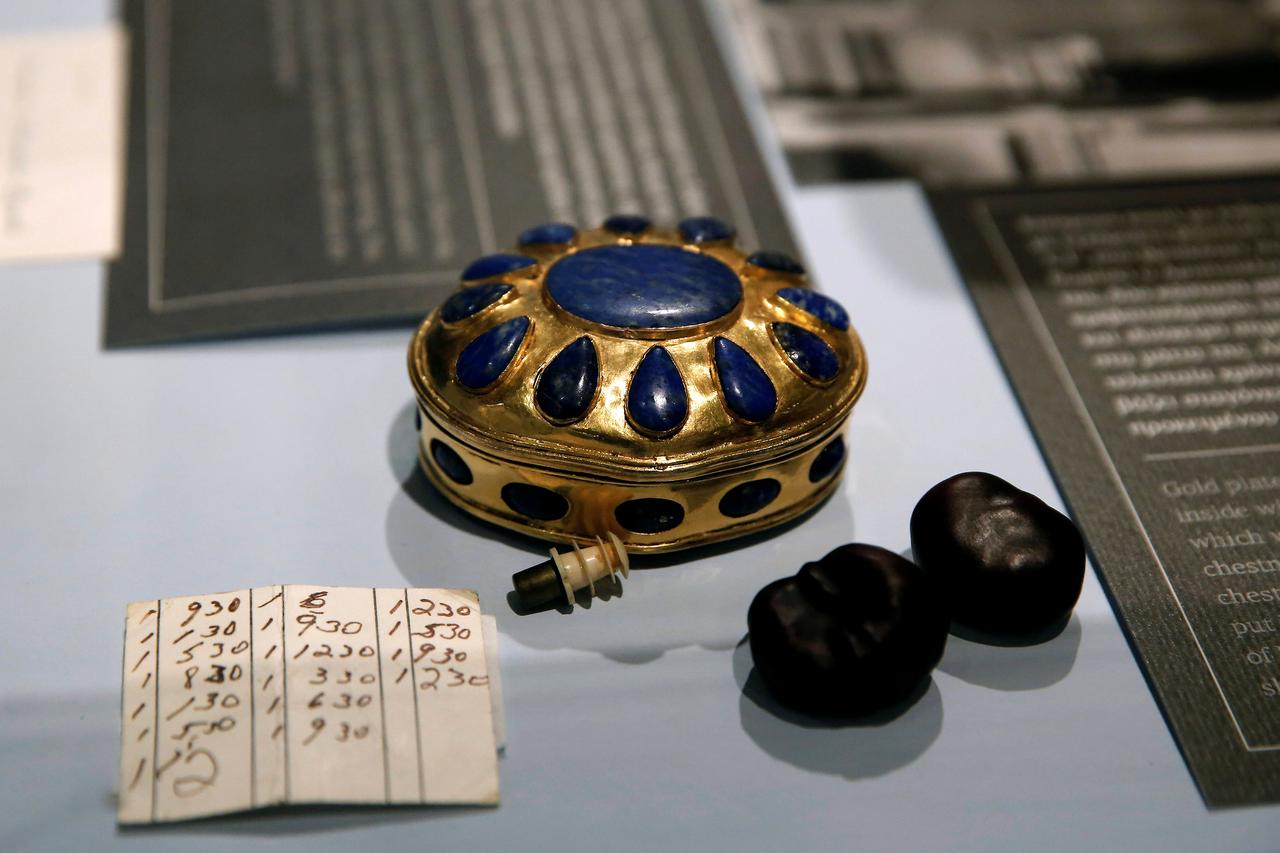 A gold plated box with lapis lazuli, which was a gift from Aristotle Onassis, which rested on Maria Callas’ bedside table is seen at “Maria Callas:Τhe myth lives on” exhibition in Athens, Greece, May 31, 2017. Picture taken May 31, 2017.

In the exhibition, Onassis's presence is everywhere: the cup he always used to drink his coffee at Callas's apartment, a gold plated box he gave to her that rested on her bedside table, a gold chain he wore around his neck from which hung a gold cigar cutter Callas gave him, and a white mink fur bolero, believed to be a gift from Onassis. It is widely rumored she wore the wrap on purpose the day he married Kennedy.

Callas died suddenly of a heart attack in 1977 aged 53 in her Paris apartment. 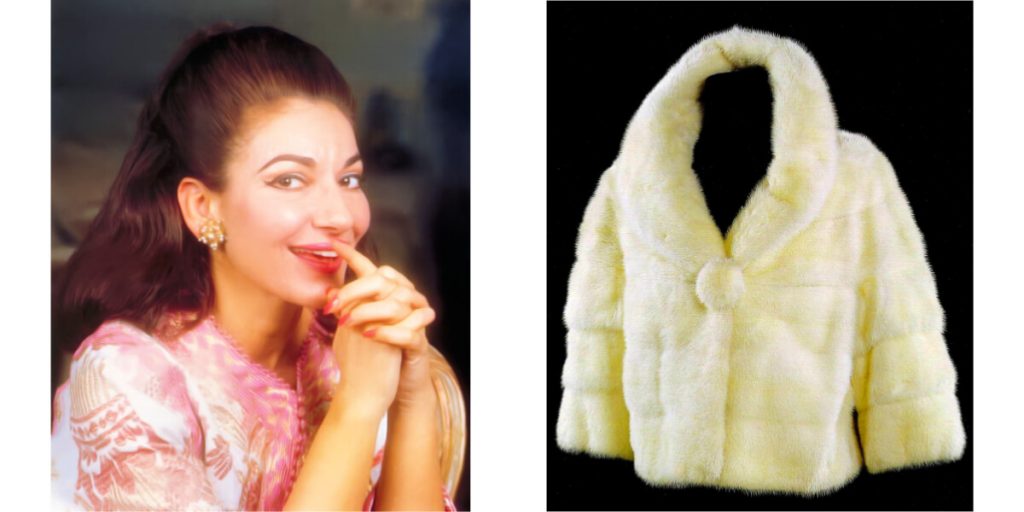 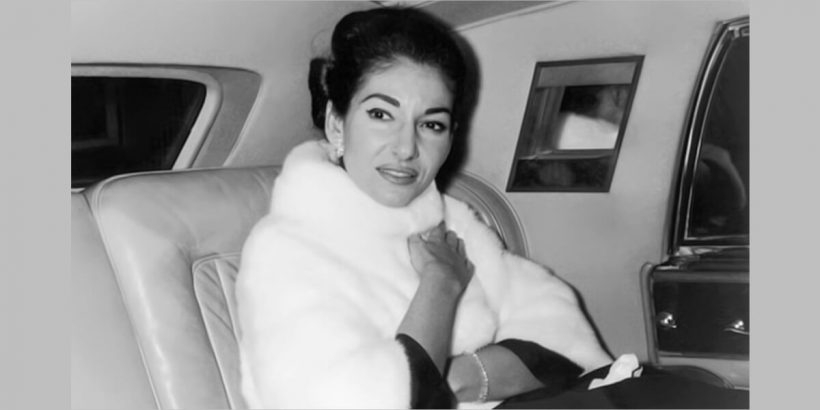 The exhibition's items create an image of her last moments: the cup she drank the last drops of coffee from before dying, the last autographed photo she signed a day before, her favorite cross placed around her neck when she died. Roses - now dried out - sent from her rival, opera singer Renata Tebaldi, the day after her death, lie next to the doctor's death certificate.

"I feel a deep sadness for a woman who gave so much and suffered so much. I have read a lot about her life, but now that I see it I get

The  ‘The Myth Lives On’, Exhibition in Athens

What: A personal perspective of the woman behind the legend

Where: B & M Theocharakis Foundation, Syntagma