#Patsa for #Hungover, the After Remedy in #Greece It's considered working-class food,though  the most well known patsa restaurants  have been a trend, in the meat market in Athens fpr decades.Patsa is a soup made of the intestines of a pig, and served with red pepper, vinegar and garlic

Nutritional scientists explain that the traditional Greek remedy soup popular among Greeks for After hours and early mornings, has been based on the nutritional and healing effect of the zelatin of the animals' stomach and feet ,producing collagen as a meal, along with the powerful antioxidant serving with garlic and vinegar, and the spicy Greek cayenne pepper Bukovo   References for Patsa food by Greek scientists have been made for the high level amounts of selenium, zinc, calcium, magnesium along with collagen, which boost and support -on hangover hours, especially,-  the teeth, musculoskeletal and male reproductive system.

Matt writes in his famous  greecetravel.com,

...For a time they were the only establishments permitted to be open after two in the morning, deribing the patsa-glam relationship of the eralier, .richer decades  of Athen night life with accuracey /

When the clubs and bars would close, people would flock to the patsa places to continue the evening. Bejeweled women in tight dresses and pretty boys from the discos sat next to butchers whose aprons were splattered with blood. For awhile patsa was hip as all the young aristocrats from Koloniki stood in line for a seat so they could eat what we called 'shit-soup', which is what it tasted and smelled like. In fact, if it was not made carefully that's what it was....

"At this time of night this is the center of activity in Athens and patsa is the elixir of life". .notes the greecefoods.com, contiinuing..

Hung-over? No problem.A hearty bowl of patsa will fix you right up. Make sure you eat all the strange pieces of meat .You're sure to feel better and it tastes better then it looks, providing that the intestines were cleaned properly.

There's no better way to start the day or so they say. Men from the butcher shops yell back and forth and greet each other heartily, then go off to open their stalls for the customers who will be arriving soon.

Patsa is  a tripe soup endowed with mysterious life-giving properties that the workers swear by, writes greecefoods, describing the scene  in the central Athens Meatmaet, a spot known to the bon viveurs of the capital,, as inavoidably cult for the After hours of the kefi nights  of the Athenian good times,,,,

"...Best time is late.A mixture of workers and people who have stopped for a late meal after a night on the town. Women in mini-skirts and high heels next to butchers in blood-splattered aprons and fishermen in overalls and boots...". 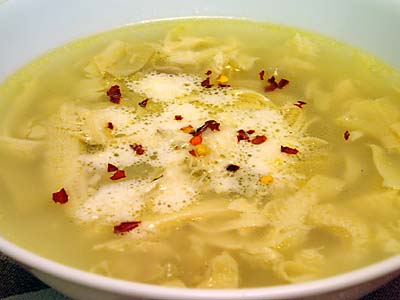 Categories: Greek to You in Greece , Recipes you will only find in Greece , Greek2m Your Senses Travel Guide