Step Back In Time in this Athenian unique taverna 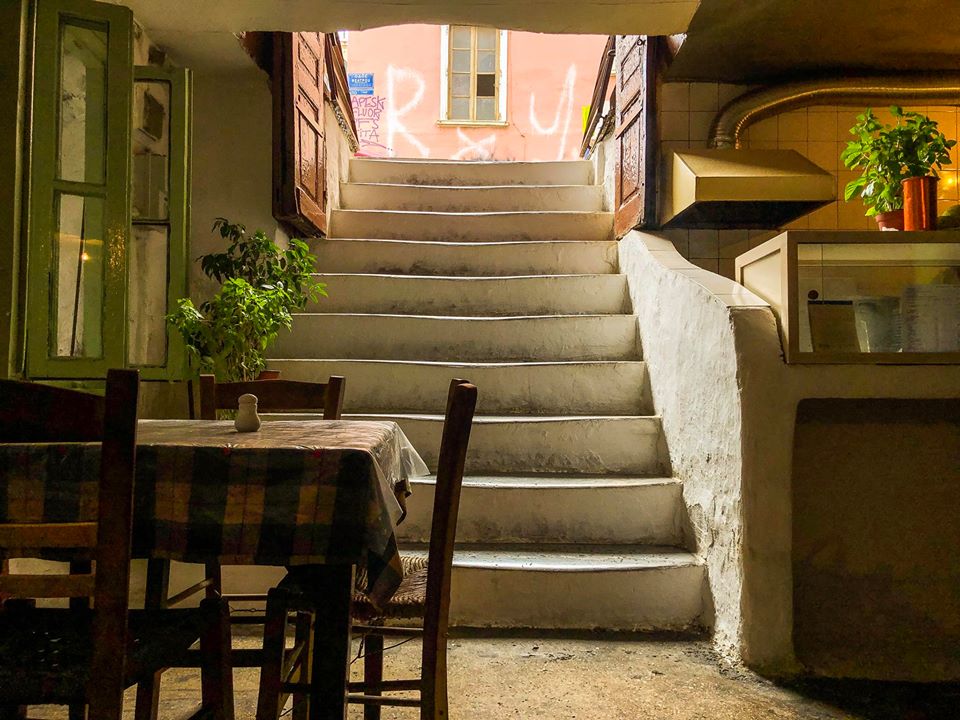 In business since 1887, Diporto – a defiantly traditional spot in downtown Athens – has no sign and no menu. The staff doesn’t speak a word of English, and you might have to share a table with eccentric old men who look like they stepped out of a folk ballad.  But if you ever wondered what it would be like to eat in a working-class Greek taverna circa 1950, read on, (by the Culinary Backstreets editor's note in 2015)
Eversince, Dioprto won its fame among the world travelers and became the suggestion among eclectic ones for the authentic experience it offers as the original Greek taverna that literally steps you back in time
https://youtu.be/0HOa53zT3TA?t=58

Diporto is located smack in the middle of what is – at least by day – one of the Athens’ most fascinating areas, home to a variety of specialized marketplaces. Varvakeios, one of the few of its kind in Europe, is the city’s largest fish and meat market, in operation since 1886. Around this enormous, chaotic market, where vendors try to outdo each other in shouting, lies Athens’ traditional center of trade, with streets devoted to specific merchandise: hardware stores and bric-a-brac on Athinas Street; spices, cheeses, kitchen equipment and plants on Evripidou and Sofokleous; doorknobs on Vissis (yes, there is a street dedicated solely to doorknobs).

The basement-level taverna – whose name means “having two doors,” for the very simple reason that there are two doors leading inside – is easy to miss, given the lack of a sign and fact that the place is literally underground. Once you walk down the well-worn steps, a cavernous world of wonders awaits you. The place is dark, with a faded concrete-block mosaic floor and one wall covered in wine barrels, which, unlike at most Athenian taverns, are not meant purely for décor but are actually used to store wine. From the vintage marble sinks and old-fashioned aluminum wine jugs to the garlic wreaths next to a 1950s fridge and the strong smell of food and smoke that sticks to your clothes, the atmosphere is so reminiscent of the Greece of another era as to be almost eerie, as if through stepping through those two doors you have somehow traveled back in time. 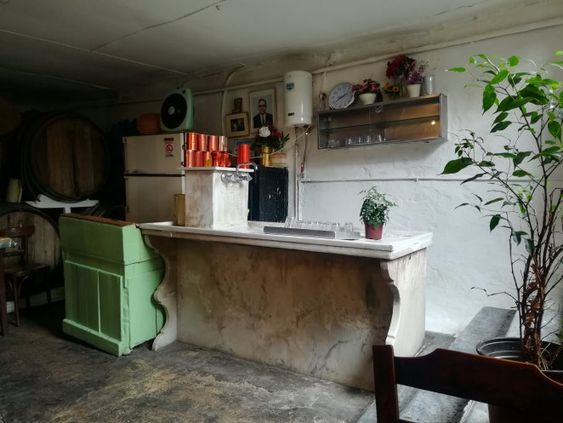 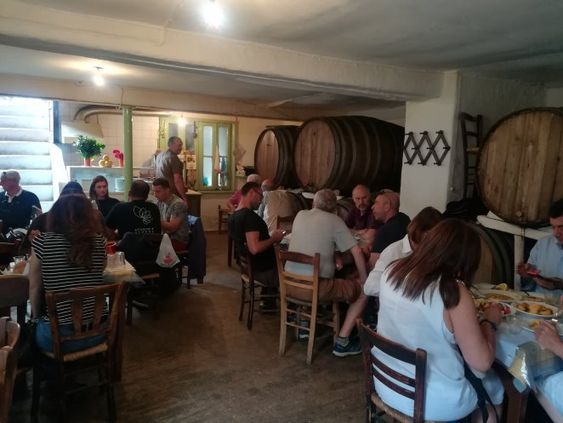 This is the kind of place where you can see pretty much anyone from the mayor of Athens to elderly men working in the market who like yelling about politics and their love lives (“I had a Bulgarian girlfriend for five years and then she died,” one man confided to another the last time we were there). There are just eight wooden tables and chairs, meaning that when it’s crowded you might have to sit with total strangers in front of the open kitchen, which is overflowing with pots and pans. The rustic peasant bread is placed directly on the paper tablecloth, without a basket or napkins – all the better for you to tear it with your hands.

Diners don’t come to Diporto looking for the latest in culinary experimentation; choices are limited to only five or six dishes each day, based on what’s in season and available in the nearby markets. The white-haired owner, Mitsos, a rather brusque athletic figure, lets you know what’s on offer. The venue’s wintertime specialty – and, to our minds, the highlight of a meal at Diporto – is an excellent chickpea soup that comes in a large, shallow bowl filled to the brim and doused with olive oil; it’s enough to feed two people. This is simple home cooking, the chickpeas so soft they almost melt in your mouth. Other dishes, such as Greek salad, a plate of small fried fish, fried sausage or bean soup, are also consistently good. 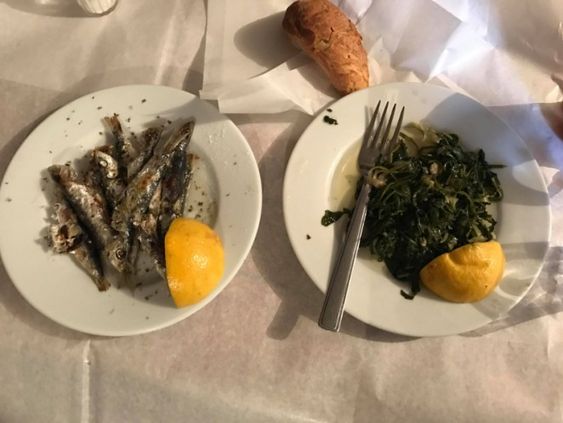 The house white is a good, cloudy retsina and – as is typical in tavernas – it is ordered by the kilo (a quarter, a half kilo or a kilo) and brought to your table in aluminum wine jugs. Retsina, which has been produced in Greece for more than 2000 years, is essentially white wine infused with pine resin, originally added by the ancient Greeks as a preservative. Often this is the simplest, cheapest wine available, but when it’s good there is something deeply comforting about it, making it the ideal accompaniment to Diporto’s home-style cooking.

As one might expect, this is not the kind of place that will necessarily bring you an itemized bill – you’ll have to mime or draw on your tablecloth if you want one. A salad, a chickpea soup, some fish and a quarter-kilo of wine should not cost more than €20. Prices, alas, are the one thing that has kept up with the times here. 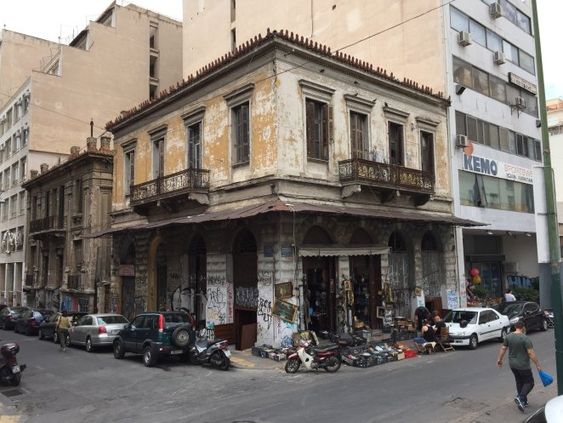 The Culinary Backstreets review was originally published on January 10, 2013.