The folklore details of the greek May wreath 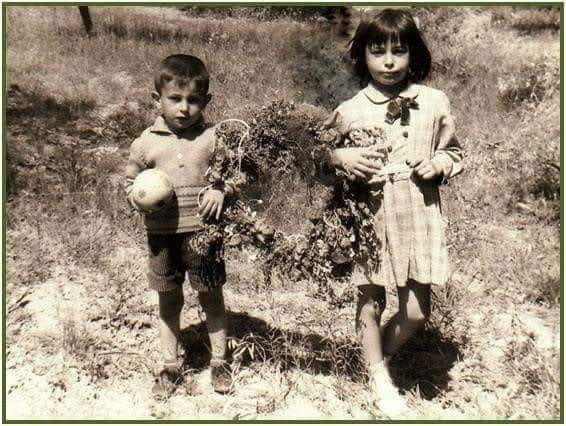 According to the director of the Folklore Center of the Academy of Athens, Aikaterini Kamilaki, the wreath was made with a rod of flexible and durable wood of vine or other, and was decorated with flowers and branches of fruit trees, such as almond, fig tree and pomegranate. It was decorated it with wheat and barley, and also with onion and garlic, to "extinguish" , according to traditon, the "bad eye".

The use of greenery, mainly, and less of the flowers, was the main feature of the May wealth tradition that symbolised fertility. In rural areas, quite often, a bunch of green branches of olive, fig tree, neat, orange and other flowers was placed over the front door, and that was enough according to folk tradition to bring luck, health and wealth to th family of the house. Nettle and garlic were necessary among them to avert the bad spirits from the home and its inhabitants

According to the Professor of Classical Archeology at the Aristotelian University, Michalis Tierios' writings, the branch of the walnut or the wreath, probably has its roots in aentiquity: "It is known that in ancient Greece such branches or wreaths were used very often in major feasts and celebrations of the public, private and religious life. In addition, it is remarkable that at a major celebration of Ancient Greece at the ancient month, Thargelianus, which corresponded, approximately, to the May month of nowadays, the construction of a branch analogous to today' May wreath was included . This branch was not made by flowers, but with branches of fruit trees, including also onion and garlic. "

Nowadays we have established wreaths of wildflowers or garden flowers, which we place at the main entrance of our homes during the May month. We still want to believe, that today's May wreath which we often buy from flower shops, and is often nothing more than a beautiful and fragrant flower composition, still brings health, good luck, peace, happiness and euphoria. Surely, however, its construction gives euphoria to the elderly and the young, escaping from the cities seeking the joy of spring in the blooming nature. 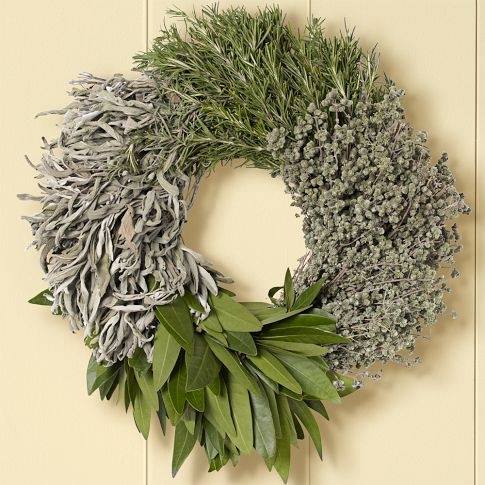 photo( below):  Herbs' wreath of May from Smari village in Crete, fb