Sunlight in the fight against covid19 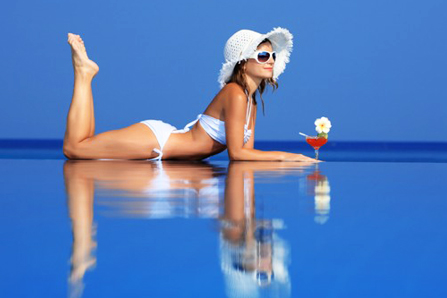 The recent outbreak of COVID-19, which continues to ravage communities with high death tolls and untold psychosocial and catastrophic economic consequences, is a vivid reminder of nature's capacity to defy contemporary healthcare. \

The pandemic calls for rapid mobilization of every potential clinical tool, including phototherapy—one of the most effective treatments used to reduce the impact of the 1918 “Spanish influenza” pandemic, write on the introduction of their paper three disitinguished researchers of the National Center on Bitoechnology Informartion

The paper of Chukuka Samuel Enwemeka,a,⁎ Violet Vakunseh Bumah,a,b and Daniela Santos Masson-Meyersc, cites several studies showing that phototherapy has immense potential to reduce the impact of coronavirus diseases, and offers suggested ways that the healthcare industry can integrate modern light technologies in the fight against COVID-19 and other infections.

The evidence shows that violet/blue (400–470 nm) light is antimicrobial against numerous bacteria, and that it accounts for Niels Ryberg Finsen's Nobel-winning treatment of tuberculosis.

Further evidence shows that blue light inactivates several viruses, including the common flu coronavirus, and that in experimental animals, red and near infrared light reduce respiratory disorders, similar to those complications associated with coronavirus infection.

These findings call for urgent efforts to further explore the clinical value of light, and not wait for another pandemic to serve as a reminder.

In 1918, the world was gripped with panic and apprehension as one of the most devastating pandemics ever recorded in human history, the H1N1 influenza virus, killed millions of people across the globe [1,2]. Dubbed “Spanish influenza”, the disease spread quickly, ravaging the world at a time that there were no antibiotics and medicine—as a field—was essentially infantile in its development. Without the benefit of modern technology, data keeping was poor, making it difficult to have accurate mortality and morbidity figures; but even then, estimates suggest that the flu killed 1% to 3% of its victims, with the mortality rate reaching 10% in some communities [[1], [2], [3]]. While a 1991 report [3] put the death toll in the range of 24.7–39.3 million, and related morbidity estimates between 25% and 90%, recent publications suggest that 50–100 million died as a result of the pandemic [1,4]

In 1918, governments and the medical establishment frantically sought every means to fight the H1N1 flu pandemic, but the results were mixed. Available reports clearly show that sunlight was effective in reducing flu-related mortality and morbidity, and person-to-person infection [[7], [8], [9]].

Patients with severe infections exposed to sunlight therapy outdoors recovered better than those treated indoors, and the treatment prevented death among patients and infections among the healthcare workers [[8], [9], [10]].

Like the 1918 pandemic, most of those succumbing to COVID-19 pandemic today die from disease-related complications, such as pulmonary inflammation/edema, pneumonia and acute respiratory disorder syndrome (ARDS).

In the case of the 1918 flu, overcrowding in poorly lit and poorly ventilated enclosures raised associated risks of infection, a major reason that the City of Boston was badly hit by the flu until exposure to sunlight was introduced [[7], [8], [9], [10]]. By one anonymous editorial account [9], the Massachusetts State Health Department found sunlight therapy to be “the most valuable factor in reducing mortality,” decreasing fatality of hospitalized patients from 40% to 13%, boosting flu immunity among physicians and nurses, and overall, besting the outcome of vaccines, which, then, were in their early stages of development [[6], [7], [8], [9]]. The benefit of exposure to the healing rays of the sun was so obvious that it became a common form of treatment against tuberculosis—another respiratory disorder, as well as wound infections, psoriasis, acne vulgaris, rickettsia, depression, jaundice, and a host of other diseases [[10], [11], [12], [13], [14], [15], [16], [17], [18], [19]]. Indeed, records indicate that across North America, many healthcare facilities built sunrooms to which patients were wheeled for sun therapy, then known as heliotherapy [11]. Written accounts of the successes of heliotherapy abound, and as the treatment became popular, it was adapted to include treatment with various lamps [[15], [16], [17], [18], [19]].

None of the foregoing should come as a surprise, because less than 25 years before the 1918 pandemic, a Danish physician, Niels Ryberg Finsen, had developed a light source that was successful in curing patients with skin tuberculosis (lupus vulgaris) and other ailments [20,21]. Between 1896 and 1901, he treated as many as 804 patients with skin tuberculosis and similar microbial infections at his Medical Light Institute, achieving 83% cure rate [20,21]. The Finsen lamp became widely popular and was adopted in most of Europe and North America, earning Finsen the Nobel Prize in 1903. Finsen himself acknowledged the healing power of sunlight but erroneously assumed that his lamp took advantage of the UV spectrum of radiation. It is quite conceivable that his pioneering work spurred many in the healthcare industry to use sunlight to treat victims of the 1918 influenza pandemic and beyond. To date, studies continue to extol the susceptibility of viruses to rays emanating from the sun [11,16].

In Ancient Greece , the Greeks clearly recognized the healing power of the sun. They built solariums and sunbaths, which they even used them to enhance the strength of athletes preparing for the Olympic Games by exposing them to several months of sunlight treatment. The word, heliotherapy, actually derives from the Greek name for their sun god, “Helios;” heliotherapy meaning sunlight therapy.

Already, fresh off the press is an early report that the common cold virus—a coronavirus—is inactivated by light [98]. In this recent study, broad spectrum light—mimicking sunlight—was tested on aerosolized influenza virus at 20% and 70% relative humidity, while the decay constant and half-life of the virus were measured as indices of survival.

This is supported by news report of a recent US Department of Homeland Security study, which showed that exposure to the sun kills COVID-19—a more virulent form of the common influenza virus. These recent developments buttress the suggestion that blue light, in particular, pulsed blue light, which recent reports have shown to be 40 to 100 times more potent the commonly available continuous wave blue light has great potential to inactivate COVID-19 and other coronaviruses, in addition to suppressing related opportunistic bacterial infections. This recent finding further elevates the urgency to explore the potential of blue light as an antiviral agent. When convincing clinical results prove that blue light is antiviral, in addition to being antibiotic against coronavirus opportunistic bacteria, it would be a revolutionary paradigm shift, considering the ubiquity of low cost blue light emitting devices and the low risk involved in terms of safety. Moreover, the potential to disinfect equipment, the environment and spaces difficult to sanitize with common disinfectants, is huge, the researchers conlude 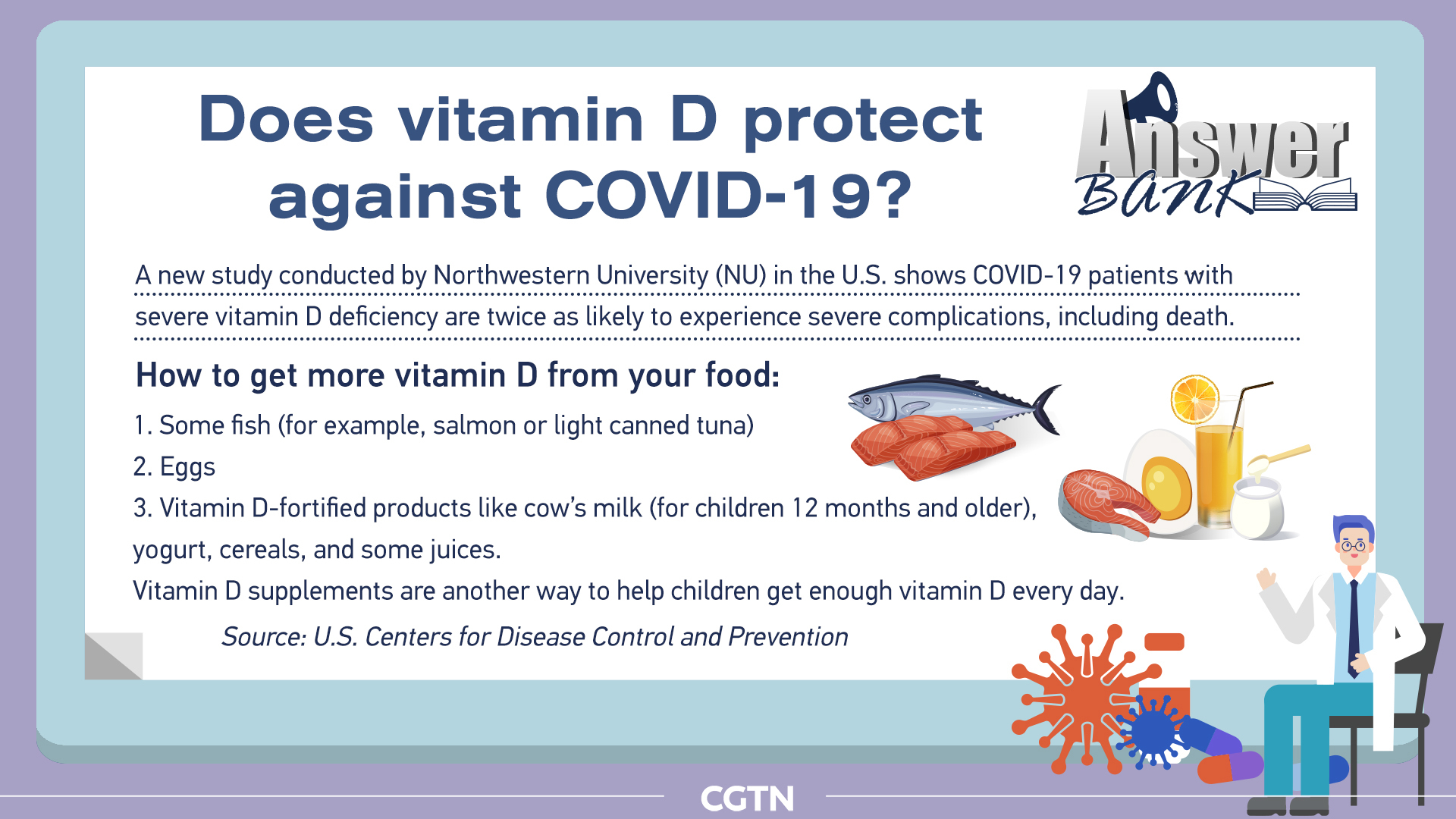 Building up Vitamin D in the fight of Covid

On parallel, researchers worldwide study the protective effrects of Vitamin D against COVID-19 .

Experts say healthy blood levels of vitamin D may give people with COVID-19 a survival advantage by helping them avoid cytokine storm, when the immune system overreacts and attacks your body's own cells and tissues.

Researchers are trying to figure that out -- at least 8 studies are listed on clinicaltrials.gov to evaluate vitamin D's role in preventing or easing COVID-19.

Vitamin D, produced when the sun hits your skin, has many other benefits, such as bone health. It’s also found in some foods and supplements.

Among recent studies finding a link between vitamin D levels and how severe COVID-19 is:

In a small study, Louisiana and Texas researchers evaluated 20 patients hospitalized with COVID-19, finding that 11 of the patients admitted to the ICU were vitamin D deficient, but only four of those not needing the ICU.

Indonesian researchers evaluated 780 documented cases of COVID-19 and found that most patients who died had vitamin D levels below normal.

While the recent research on vitamin D and COVID-19 is just starting, other research has found that vitamin D supplements can help reduce the risk of respiratory infection. And researchers who looked back at the 1918-1919 influenza pandemic found that patients with healthy vitamin D blood levels were less likely to die.

The research linking vitamin D levels and COVID-19's cytokine storm is also just starting, but not surprising, says Bart Roep, PhD, chair of the department of diabetes immunology at City of Hope, a cancer center in Duarte, CA. Vitamin D, he says, is ''the negotiator" because "it doesn't suppress the immune system, it modulates it. Vitamin D makes the immune cells less inflammatory."

While research finds that low vitamin D may affect how severe COVID-19 is, it's not yet known if restoring vitamin D to normal levels would help as a treatment. Nor can anyone say for sure that having a healthy vitamin D level will help you avoid the virus.

A researcher from the University of Southeastern Philippines evaluated the vitamin D blood levels of 212 people diagnosed with COVID-19 and found the blood level of vitamin D was lowest in those in critical condition and highest in those with a milder infection. The conclusion of his paper, not peer-reviewed, is that supplements ''could possibly improve clinical outcomes of patients infected with COVID-19."