The Cyber threat Prosecution Service abolished from Northern Greece! A greek, or european-greek decision?... (or, dramatrically worse, a decision soooo dissapointingly made- in-Greece?) 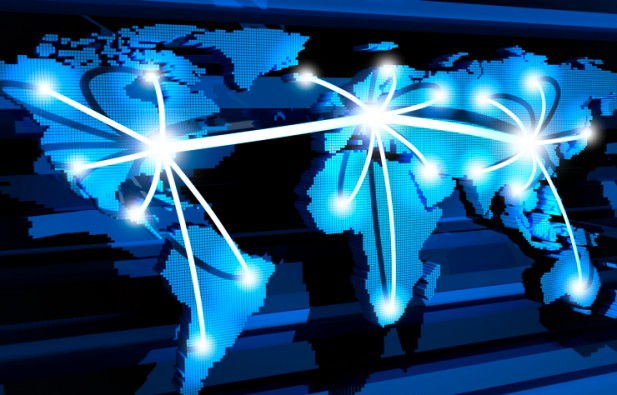 Hold your breath and try to solve the puzzle of these shocking facts: Due  to the sensitivity of the matter we will not comment , but just set the pieces of the puzzle together, since, according to our journalistic prism and experience, it seems unbelievable to realise that such a governmental decision, today in Greece, might really  exist.

1. As on Sunday, March 8th, Manos Niflis on Real FM "Teddy boys" Radio  show revealed, the  Cyber threat Prosecution Service officers of Northern Greece dennounce that the new law of the Minister of Public Order D. Dendias abolishes from now on the Department of Cyber threat Prosecution Service in Northern Greece . The officers , as they said , keeping their anonymity, to some journalists, have been notified that they will be reclaimed by local police departments or divisions, in the name of austerity cut of costs

2. For anyone who is not aware of the severity and importance of Cyber safety in our days, in this very humiliated land as Greece is today, the article lets you know that the topic of Cyber threat and safety was lately emphatically mentioned by, -may be only -,  the US Ambassador to Greece on his speech at the National College of Greek Defense, as follows:

Speech of the US Ambassador to Greece, David D. Pearce to the Hellenic National Defense College, Monday, February 24, 2014, 11am

"Our combined effort hopefully will not only help reduce the level of human suffering, but also help make the region, indeed the world, a safer place.Turning to future threats, I’d like to mention a non-traditional but critical security task for the United States, NATO, and Europe. That is the role of cyber defense. President Obama has declared that the “cyber threat is one of the most serious economic and national security challenges we face as a nation.”. As we all know, cybersecurity doesn’t stop at the borders. It involves protecting our broadband internet and wireless cellphones, it involves protecting the local networks in our schools and hospitals and businesses, and the massive grids that bring us our electricity. It involves protecting as well the classified military and intelligence networks that keep us safe, and the World Wide Web that has made us more interconnected than at any time in human history.

We all share a responsibility to improve our resilience to cyber incidents and reduce the cyber threat.We can be more resilient with better infrastructure that can stop penetration and disruption; and by improving our ability to defend against sophisticated and agile cyber threats, which can come from anywhere in the world.We can reduce cyber threats by working with allies on international norms of acceptable behavior in cyberspace, strengthening law enforcement capabilities against cybercrime, and deterring potential adversaries from taking advantage of our remaining vulnerabilities".

Underlying all of these efforts is the need to stay one step ahead of our cyber adversaries. We must make cybersecurity developments available to and usable by everyone who needs it, including network operators and defenders, law enforcement, and IT management officials in the U.S., private industry, and with our allies.In closing, there are many challenging issues and opportunities ahead that are ripe for our cooperation. As Secretary of State Kerry has said, “the United States and the EU are bound together by common values and together provide sustained global leadership.”

3. Is this a case of political misunderstanding? From the poor Greece, that is, since years named to be one, -and might be the one-, main strategic Gate to the West of this world, here is how Europe sees the matter of cyber safety and cyber war, on these very fragile moments that the global community is going through on the matter of global piece. Below is the recent analysis of the European Council on Fopreign Relations of Europe for the new global strategy of the European continent in the near future, (and the real present, maybe) :

Europe needs a new foreign policy strategy. Many of the approaches that worked so well for the EU in the past have become ineffectual and counter-productive. The EU’s official strategy - the European Security Strategy - will reach its 10th anniversary in December but Europe and the world have changed so dramatically in the last decade that the EU cannot simply stick to its outdated strategy.

Europe is losing power and influence as a foreign policy actor and needs to develop a new set of priorities how it wants to engage with the rest of the world......

"Today’s Europe is in crisis. But of all the world’s leading powers, none has had so much success in shaping the world around it over the last 20 years as the European Union. The United States provided the military underpinning for a Europe whole and free, but its record in other parts of the world has been mixed at best. Russia is still lagging behind where it was when the Cold War ended ( by November 2013, when the report was published). Japan has stagnated. Meanwhile risingpowers such as China have not yet sought to reshape global politics in their image. But since the end of the Cold War, the EU has peacefully expanded to include 16 new member states and has transformed much of its neighborhood by reducing ethnic conflicts, exporting the rule of law, and developing economies from the Baltic to the Balkans.

Some suggest Europe could effectively withdraw from geopolitics and become a “European Japan” – one without the ability or will to use military power except in self-defence. But, given the increasing instability in Europe’s southern and eastern neighbourhoods, this is unrealistic. Moreover, whereas in the past the US could be relied on to provide military capabilities to help Europeans solve problems in their own neighbourhood – as it did in the Balkans in the 1990s and to a lesser extent in Libya in 2011 – this may no longer be the case in future.( by Hans Kundnani, Research Director at the European Council on Foreign Relations)

The same report continues by the chapter...

Transatlanticism at a time of US disengagement

In 2003, comntimnues the same report of the European Council of Europe, there were no major issues in the world that were no seen through a transatlantic prism. But US policy on everything from Syria to the debt crisis raises big questions for Europeans.

As the US makes defence budget cuts and “pivots” towards Asia,President Barack Obama has taken a new low-cost approach to US leadership in an age of austerity. This involves use of drones, Special Forces and cyber warfare rather than the use of large-scale interventions and a mix of soft power and sanctions as the substitute for deeper diplomatic engagement or military action, and “leading from behind” where interventions are perceived to be absolutely necessary.

In particular, Obama’s responses to events from Egypt to Libya to Syria have suggested a new US approach to the Middle East – a region of strategic significanceto the EU,.US disengagement means that Europeans will be expected to take responsibility for sorting out problems in their own neighbourhood. Europe will not be left alone, especially if tensions with Iran lead to chaos in the Middle East.

Europeans should focus on developing their own capabilities and in particular the “strategic enablers” (reconnaissance assets, smart munitions etc.) they will need to manage crises in their own backyard – and which the US was forced to supply in the Libya campaign.